I am always looking for new and different kinds of foods to make, and decided to order a a few recipe eBooks. One of the ones I chose was Just Desserts Kindle Edition by Kemberlee Shortland because I was getting a bit tired of always making the same desserts for my family. 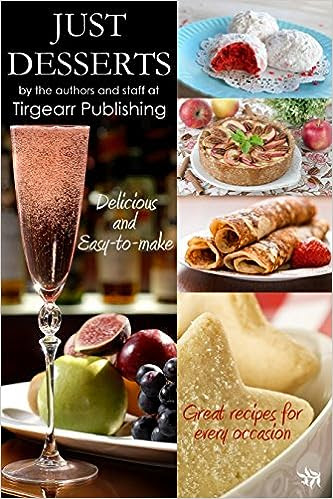 The cover pictures of the eBook caught my interest and I had hopes of new and different dessert ideas. I will admit that there were some recipes for things I hadn't thought of making, but there were also many that I was already making from very similar recipes. Additionally, there were a lot of mixed drink recipes included which can be either a pro or con depending on what you are looking for. I am personally not opposed to the drink recipes and found a few of them to be ones I might try one of these days, but for now was only looking for desserts. Even so, there were enough recipes that I would like to try to make it a worthwhile book, although I think that it would be more suited to readers who did not already have a lot of recipes at their disposal.